In those days I was posted somewhere along the LoC (line of control) in Kashmir as Brigade Major of an artillery brigade. My duty was to control operations or more precisely control the artillery fire power. The cease fire violations by Pakis had increased – just like the ongoing situation. Meanwhile, I had sent all my subordinate officers on leave so that they would be available when I planned to go on a short leave for Durga Puja. Then I would have to be back so that my seniors and newly married juniors could go home for Diwali.

I could already get a whiff of the delicate fragrance of shiuli flowers that blossomed at my Calcutta home, signalling the advent of autumn. I dreamt about gently swaying kash flowers that I would see from the window in my compartment, as the train chugged towards Kolkata. I was looking forward to visiting pandals, holding the hand of my elder daughter while carrying the younger one in my arms. I thought how I missed the typical adda with fellow Bengali officers at the headquarters even as both the surgeon and the anaesthetist got busy attending to casualties with splinter injuries and gunshot wounds at our Advanced Dressing Centre.

The General Officer Commanding (GOC) was on a visit to our headquarters for a special briefing on the preparedness and situation reports. I had thought of packing immediately once he leaves. Even as I briefed him, I could – in my mind – hear the dhak beats at the pandal of our CK-CL Block Puja in Salt Lake.

It was lunch time. I had settled nursing a glass of beer at one corner, feeling quite satisfied as my boss praised my preparedness. I noticed the General speaking on telephone to someone far away. Whoever he was speaking to, must be someone quite senior. When will this man leave? I wondered, wanting to sleep a bit.

The GOC then called me. ‛I think your fire plan is quite coordinated. How long will you take to execute it?’ He must be joking, I thought.

‛Then get to your Fire Directing Centre (FDC) and report “ready” to my headquarters by evening.’

As I rushed to the bunker, I wondered, are we really going to retaliate? I had been in the forward line of troops in the past but directing such heavy volume of fire would be my first experience. Our Sparrow, as we call our Communication Officer, assured me that all lines were secured. Those were the days of line communication in forward areas as radios were prone to jamming or interception.

I got the guns ready over telephone. Captain Mitra, one of the Forward Observation Post Officers asked me whether we were really going to retaliate. I answered in affirmative. ‛Major Bhattacharya’, an officer directly commanding the guns said, ‛We are going to give them a nice Puja Gift.’ There was no dearth of Bengali officers in forward areas. The fire order line is an omnibus line on which all of us can hear and speak simultaneously.

What about my Puja leave? The thought briefly crossed my mind. I activated the line to replenishment of ammunition from the rear areas. Maj. B Banerjee (‛Dadu’ as we used to call him in school) was part of that team. I reported ‛ready’ in the evening. The Tiger, as the GOC is called on radio telephony, spoke to me in the evening, his voice reassuring, ‛Bhatta we will teach them a lesson.’

I had forgotten all about getting some sleep when my Brigade Commander walked in and said: ‛Catch up with some sleep son; you are in for some long nights.’ Suddenly, there was a big bang and the TV which was beaming some programme on Zee TV, went off. Our dish antenna had been hit by a splinter. I walked out in the dark to see if anybody was hit. Luckily, we were all was fine. But I lost my chance to get some sleep.

At the break of dawn I called out, ‛On your guns. Fire.’ It was indeed a great feeling, as the LoC reverberated with booming guns. I tried to imagine the Pakis, possibly going to answer nature’s call that morning, being caught totally unaware. For the next few days the FDC was my home. I poured over maps, planned the fire assaults, got them approved by the Commander and executed them.

Replenishment of ammunition took place at the stealth of the night and we boomed day and night. Actually I had even forgotten what day it was and when Capt. Patra, my immediate junior, wished me, ‛Happy Durga Puja, Sir’ I had no time to even reciprocate.

Then one day the guns fell silent. My Brigade Commander said, ‛Good shooting, Bhatta. The good has finally triumphed over evil. Happy Dussehra!’

It was then I remembered that my wife might have had a tough time explaining my children,why their father was not with them during the Puja. But how will she know why I am not there? There were no mobile telephones in those days. The STD booth was not secure. Hence, I had not spoken to them for days. I later learnt that they had spent their Puja watching news from Kashmir.

I handed over the FDC to my next in command and stepped out, on my way to my quarters for a refreshing bath and sleep. I felt like having a beer but stayed away from it as I was not sure whether I will have to run to FDC again. Next day, the biggest surprise awaited me. The Commander granted me leave and that too during the Diwali. I asked him ‛What about your leave, Sir ?’

‛I will catch up some other time. Heavy is the head that wears the crown,’ was his reply. 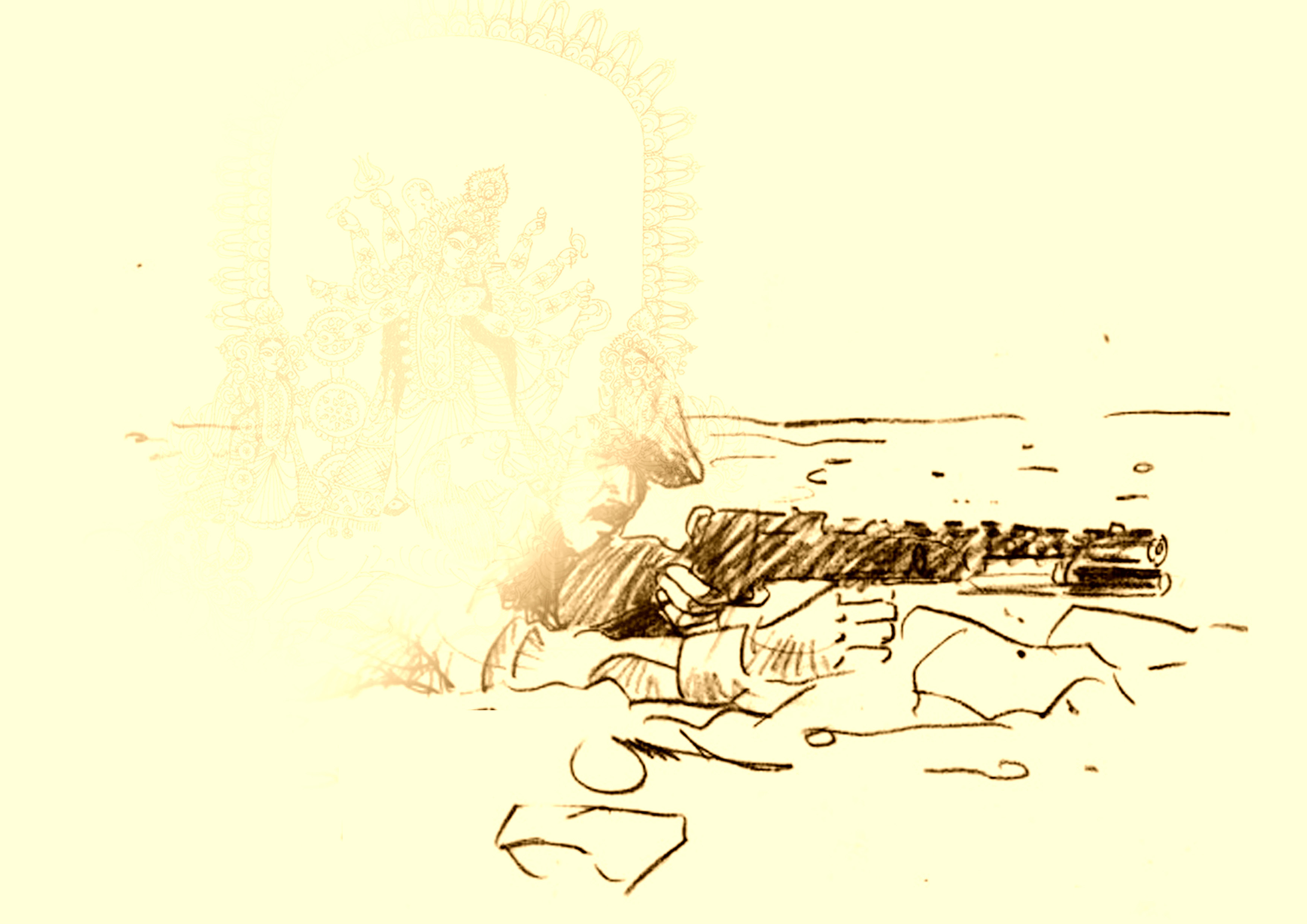