It is indeed a strange phenomenon that sometimes there occur such momentous events in the life of a person that it turns life upside down to plunge that person headlong in the vortex of a completely unexpected whirlpool. This is part of the process of evolution because nature and history play similar roles albeit in different capacities, the former on an individual while the latter on societies and nations which are collective of individuals. Therefore momentous events in the life of a single person may in turn contribute towards a large scale transformation of a nation and society as nature and history are interdependent to bring about such transformations. 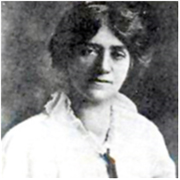