When I was about seven or eight years old I was distinctly under the impression that the roads of Kolkata had two names – just like me. One a pet name and the other, as Indians are prone to say, the ‘good name’. For instance, the short and crisp ‘Amherst Street’ also had a long drawn, formal sounding name – ‘Raja Rammohan Sarani’. Similar was the case with Harrison Road whose good name, I had presumed in all innocence, was Mahatma Gandhi Road. I had also observed that bus conductors, especially of those of private buses always preferred the pet name. Banging on the windows they would shout “Amherst Street” “Amherst Street”, presumably to alert distracted passengers or wake up those managing to doze off despite the heat and the crowd; but they were actually loud enough to wake up even the dead. 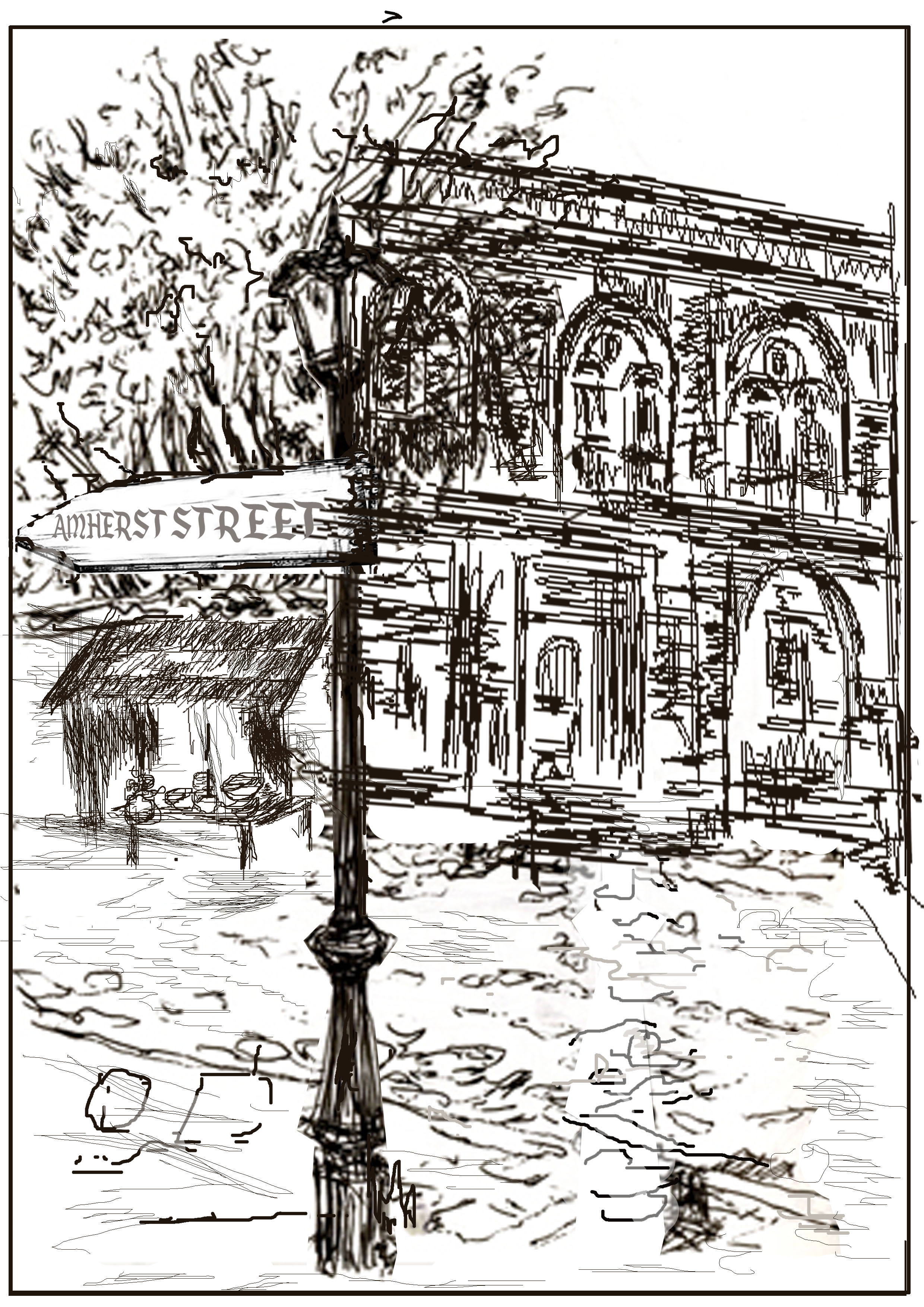 However, shop owners preferred the ‘good name’ so their sign boards would always display ‘Raja Rammohan Sarani’ instead of the shorter version or the nickname. My eight-year-old pea-sized brain had not yet grasped the need to obliterate colonial legacies, as our city fathers had once felt, particularly during the first few decades after Independence. Later, the exercise turned into a renaming spree for the civic body and the familiarity of Lindsay Street was stripped away to be replaced by the somewhat distant sounding Nellie Sengupta Sarani. It was particularly catastrophic when Park Street was renamed after Mother Teresa (no offence meant to the angel of the slums). In this game of one-upmanship I wonder how many realised that a part of the city’s history created at a time when Kolkata was still dear old Calcutta – was being slowly stripped away. Did anyone spare a thought about Park Street which was once called “ Burying-ground Road ” by the early inhabitants since it led to the new cemetery which was quite far away from the White settlement, then centred around Lal Dighi, Writers’ Buildings and the old Fort (where the GPO stands today)? The old cemetery behind St. John’s Church had no more vacant space and so the town needed a new one. Calcutta was still a hot, swampy land where the heat, rains and pestilence claimed large number of inhabitants every season. Hence, the road to the burial ground was well frequented at least by the chaplain or the pall bearers, though somewhat isolated from the settlement. Park Street derived its name from the deer park adjoining the residence of Sir Elijah Impey, one of the first judges of Supreme Court (now Calcutta High Court). The new names may honour our great personalities but sadly, the city seems to be losing a piece of its own in each of these renaming efforts. Road names like Nimoo Khansama Lane, Rani Mudi Lane or Ramjan Ostagor Lane said quite a bit about our city’s past, particularly when the roads were named by the public after the master craftsmen or the chef who resided by it and bestowed on the city a great legacy of egalitarianism. Fortunately or unfortunately, the number of roads that require baptism anew have dwindled, leaving our city fathers with little scope, unless they want to start the renaming game all over again.

But this is not what I had set out to do; I have digressed so far from my original subject that I should try to go back and start all over again. This road renaming exercise piqued me when I first arrived in Hyderabad. Born and brought up in Kolkata I was wired to think differently. Imagine my surprise when I learnt that the main thoroughfare near my house was known as the “100 feet road”. Of course, it has a “good name” too which is Road No. 36 and there I encountered another surprise. The roads are identified by numbers instead of great personalities! I found it to be really unique and a welcome change. Indeed it was an excellent method for everybody except perhaps for those like me who are numerophobic. Numbers absolutely terrify me and my aversion goes up with the increasing number of zeroes after any digit. I was simply doomed. Apart from my childhood phobia for any exercise requiring number crunching I encountered another peculiar problem. Road No. 10 could mean either Road No.10 of Banjara Hills or Road No. 10 of Jubilee Hills which are quite far apart and I learnt my lesson after a few mishaps involving annoyed auto rickshaw drivers.

I realised, when it came to looking up addresses, there was not much difference between Kolkata and Hyderabad. I was reminded of the gentle sarcasm of Rabindranath Tagore in his letter to Amal Home, the editor of Municipal Gazette, (written in 1928) after failing to locate a house despite knowing its postal address. Tagore wrote: “The present system of numbering houses and planning streets may be a splendid way of training the younger generation to become future Livingstones. But the course is, perhaps, too difficult, and I sometimes wonder if Livingstone himself would not have found exploration in Darkest Africa easier than fruitful exploration in the City of Palaces.”

Anyway, after a bit of digging I realised not every road in the twin cities was known by a number. Quite a few had names like Sardar Patel Road or Mahatma Gandhi Road and the very beautiful Necklace Road which truly graces Hussain Sagar like an elegant neck piece. Surely, the state did not lack in its share of great sons of soil that they had to resort to numbering the roads or even refer to measurements (100 feet road). I was intrigued whether there was a road renaming committee like Kolkata. Was it obsolete? I even asked Narendra Luther, noted author who has penned several books on the city’s history and culture. He practically sounded relieved that no one had suggested such a thing to the city planners. And then I discovered something that explained his reluctance towards adopting such a practice. The slender stretches of roads have been spared, probably because they were not found to be worthy enough. Instead of the teeny weeny roads an entire district was named after the leaders. For instance, several districts bear names of former chief ministers. And just after Telangana was formed somebody suggested it should be named after the president of a national party who was instrumental in its formation. Can you beat it? Well, we do have Bidhannagar but apart from being a tribute to a deserving leader it is just a satellite township. However, my faith has been shaken after this discovery and I live in daily fear that someday some wise one would take a cue and implement it in my home town too. Our very own Tollywood (Tollygunge film industry) can serve as an inspiration. The industry had once thrived on copying films, scene by scene from its richer cousin and namesake, the Telugu film industry. After all no one can claim a copyright on renaming. It remains a favourite obsession, nationwide.