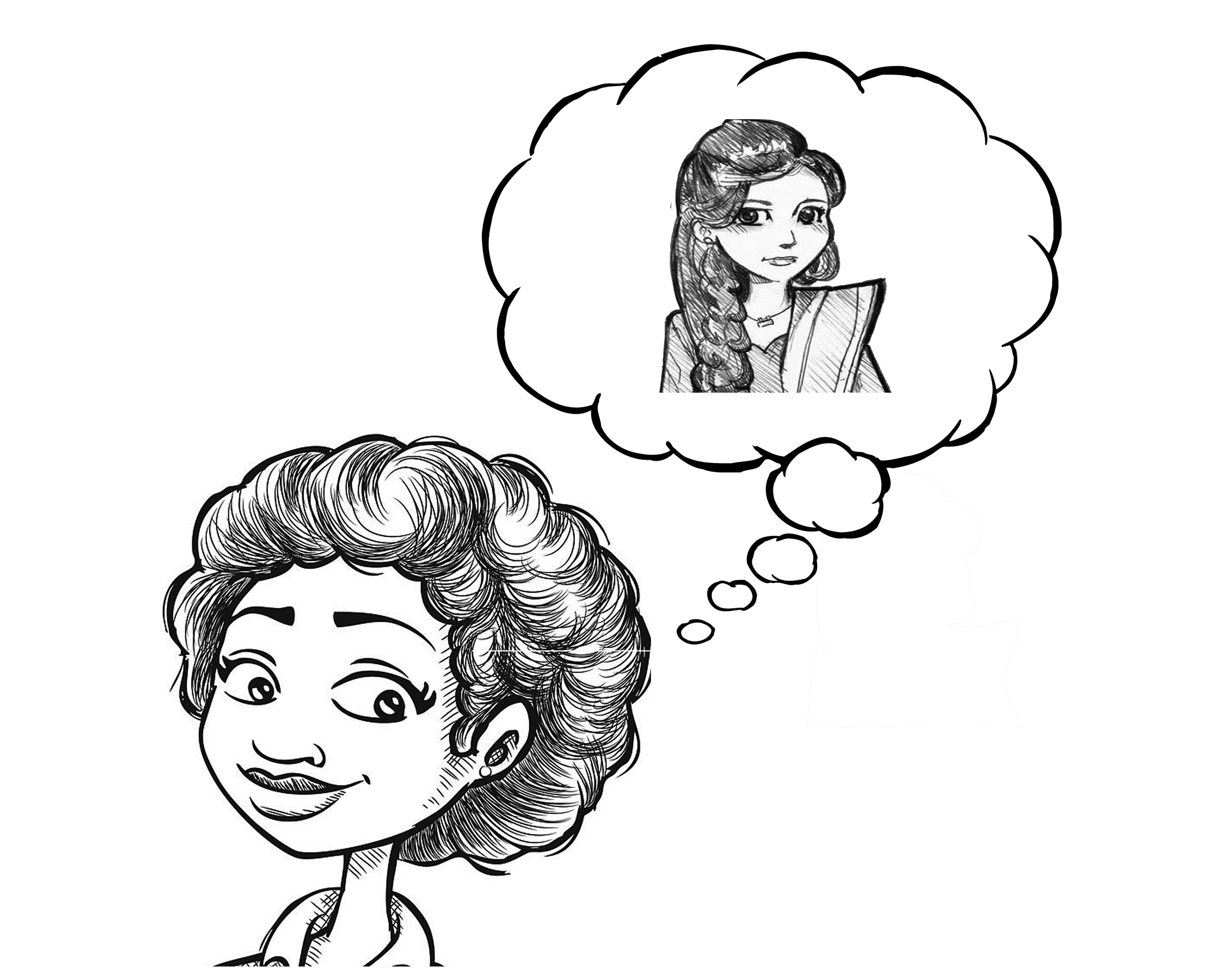 “Why do you want to find a husband for me, when what I need is a wife?”

I turn around, to see my twenty-seven year old daughter, a pretty picture in a pastel t-shirt and jeans, sitting cross legged on my aged sofa that was once green. She is innocently devouring a plateful of mangoes, apparently oblivious that her question has sent my head reeling.

“What do you mean, you need a wife? Are you…you know…?” I stop, not quite knowing how to phrase it. After all, we’ve always wanted to be modern parents, dreading being called ‘old fashioned’ by our kids. This, however, is a little out of my syllabus.

“Uff, Ma, how one-track mind you oldies have ! Of course I am not, you know that. Though if I were, I have no doubt Dad and you would go bonkers…”, she collapses on the sofa, a wicked grin pasted on her mango juice stained face, probably regretting a missed opportunity to drive her “oldie” parents crazy.

“So, then, what exactly do you mean?”, I am curious now, curious enough to ignore the “oldie” jibe.

“Well, I mean – look at Dad and you. You have a husband, dad has a wife. It’s obvious who got the better bargain.”

“Uh…ok, I’ve heard you say this before, so I’ll take it as a compliment. But then, go on…”

“See, from the day you married him, you became his governess, cook, housekeeper…all rolled into one. Even when you got a job, you continued to cook for him, wash his clothes, ensured the house was in order, watered plants, did puja, called relatives, booked tickets…uff, even enumerating the stuff you did exhausts me!”

“Oh, ok…now I see what you’re getting at. But then, that was the first couple of years. Then your brother came along, then you…”

“Yes, and that’s when you upped the ante. You became a superwoman. Yes, you had a cook, a maid and we had a nanny, but to your other skills you added managing help and bringing up kids. I still remember how you would test us on our English, decide the menu for the day, manage calls from work, and through all this, remember to send Pishi flowers on her birthday….”

By this time, my eyes have stinging feeling, and my throat is constricted, so I don’t speak.

“However, I am so not like you. I don’t think I have the energy or the will to do all this over and above what I do at work. So hence, I’ve decided, I’ll have a wife instead, thank you very much…”

“But Ira, the world has changed since I married your dad. Men help around the house almost as much as women nowadays…”

“Hmmm…uuuhhh…what about Anu’s son?,” I say, bringing up my favourite example. “Anu says he does everything, even cleaning his son’s susu and potty”

“Yes Ma, and I’ve heard Anu Mashi criticizing him for being hen-pecked even as she praises him to the skies, like typical Bong moms. Thinking her son is a gift to womankind…”

I roll my eyes.

“There you go again, with the prejudices of your generation. Why, I never praise your Dada, although he really is such a sweet boy”, my eyes light up with a smile as I recall Dodo, my firstborn and apple of my eye, now a doctor in faraway Manhattan.

“Really? Just the other day you were saying whoever marries Dada will be the luckiest being on earth, although all he does around the house is lounge in his pajamas, surf TV channels and read. Strangely, Dad does the same, but I’ve never heard you call yourself lucky…”

She winks, now licking the empty plate clean. Really, this girl is such a slob.

“Ira, now you’re being unreasonable. You know how busy Dodo is, with his work and studying, so what if he does relax at home? That’s what a house is for. And please, go and wash your face and hands…next I know, there ’ll be mango stains all over the sofa.”

She complies, but then rushes back to me, touches my cheek and says, ”Really? If a house is for rest, how come I’ve never seen you relax? Dad would come home, change, and fix himself in front of the TV, occasionally speaking to us. But you would barely give yourself time for a cup of tea, even after a hard day at work.”

“People always seem to expect that the wife will take care of everything. Even if she works, or she doesn’t, the expectations are clear. Even you Ma, with all your education, know you won’t expect Dada to do the same things as his wife.”

“So anyway, instead of trying to change the definition of a wife, which is too much of an effort, why don’t women start a movement called “We want wives”? This has so many benefits-first, we get taken care of, same as men, next if no one marries men, the market will be skewed and people will think twice before they kill baby girls. Eventually more women will realize they don’t want to be “wives” in the traditional sense, and maybe stop bringing up men who’ve cause this tradition to persist.”

“But what about children? What about continuing our line?” I am into this hypothetical extreme world, almost as if it was real.

“Ma, both you and I know, marriage is neither a necessary nor a sufficient condition for children”, she stops, looking at the outraged expression on my face. ”Besides, even the line that you want to continue, is your husband’s. Your progeny will bear your husband’s name, although if you were to count the number of sleepless nights you spent vis a vis Dad…”

“I never knew you were such a feminist”, I say, really thinking, how little we know our children.

“Every woman is a feminist by virtue of her being a woman. Or should be, if she isn’t. “

“Also, think about it- I am actually doing you and Dad a favour, making your job easier. aren’t there more eligible women than men on this planet? Do you know, my theory is, that’s the reason why women fast for good husbands…after all, they’re a rare commodity.”

She finishes, kisses my cheek, and goes out into the garden, even as a voice that I’ve known so well for over thirty-five years calls from the study “ কই গো , এক গ্লাস জল দিয়ে যাও আমায়…”