‘Rosogolla’ is almost synonymous with Bengalis. A Bengali who doesn’t like rosogolla is perceived to be like a Brazillian who doesn’t watch football.  After Nabin Chandra Das made his sweet ‘discovery’ of white sponge-like balls floating in sugary syrup, Bengali sweetmeat makers unleashed their imagination and eventually rosogolla found itself many avatars – ‘Nolen Gurer Rosogolla’ (sugar replaced by jaggery made from juices of dates), ‘Rosomalai’ (tiny rosogollas, floating in thick sweetened milk/malai), ‘Rajbhog’ (giant sized rosogolla) and so on but undoubtedly, rosogolla in its plain form is most popular of all. 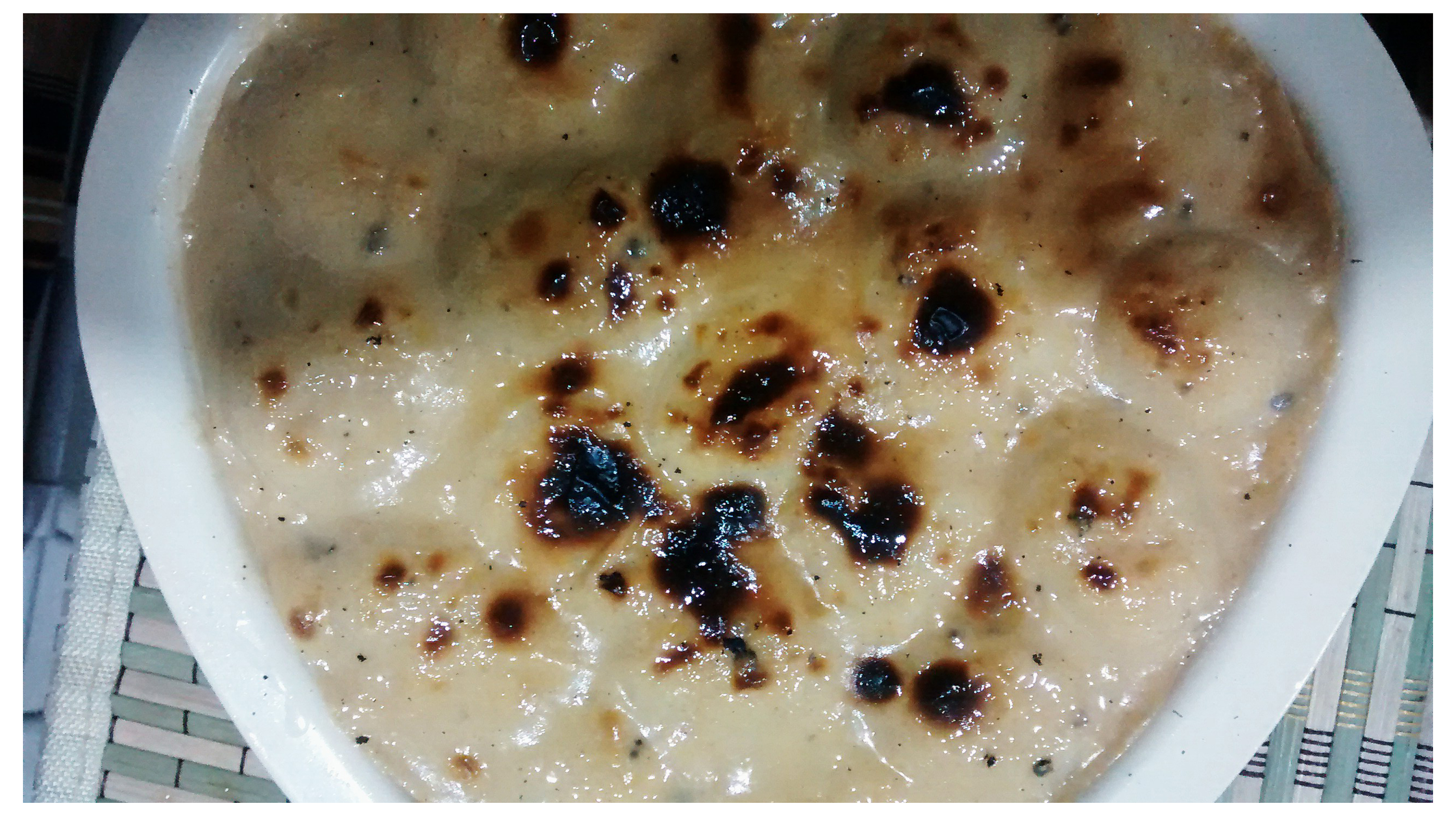 Today, I intend to share the ‘knowhow’ of a fusion dessert involving these dainty  white balls called ‘Baked Rosogolla’. When I first tasted it from a famous sweetmeat shop, noted for their innovations and fusion desserts I thought preparing it would be rather difficult or at least time consuming. But I later discovered it was quite simple especially if you buy the rosogollas from a sweet shop instead of preparing them at home (which would take some more time). So here we go with the recipe of an Indian dessert with a twist.

Put a sauce pan (kadai) on the gas oven, keep the flame at medium, add milk and condensed milk. Stir to mix them properly. Add cardamom powder and vanilla essence. Keep on stirring continuously over a medium flame till it turns thicker, the consistency should be like ‘rabri’ (the quantity almost reduced to half). Now, squeeze off the juices from each rosogolla as much as possible. Arrange them on a flat baking dish side by side. Spread the thickened milk on top of them. Now, it is ready to be baked.

Retain the mouth-watering look by serving it in the same baking dish in which it has been prepared.

Chef’s note: You may adjust your desired sweetness level by adjusting the quantity of milk and condensed milk.