One day, as usual I was browsing the web, drinking a cup of milk early in the morning. After a few minutes I came across a headline: “An Autistic child is successfully selected for IIT”. Back then I did not understand about autism. Later I learnt that it is a disease in which a person’s brain development is hindered. You must be wondering why am I talking about autism. After a few days I found that IQ of a person generally decreases with autism. This made me wonder, is IQ really necessary for achieving success.

On the contrary it was found that 50% of people with low IQ went on to bag high salaried jobs while 12% of them got jobs such as landscapers, teachers and the likes. These jobs require high degree of critical thinking . It is possible that they might have developed some intelligence later in their lives along with the right attitude. Even some of their salaries had also increased. The reason for this could be that these days parents have become more aware of the overall well being of their child. They probably would have understood that pressurizing their child might not bring about the desired outcome. 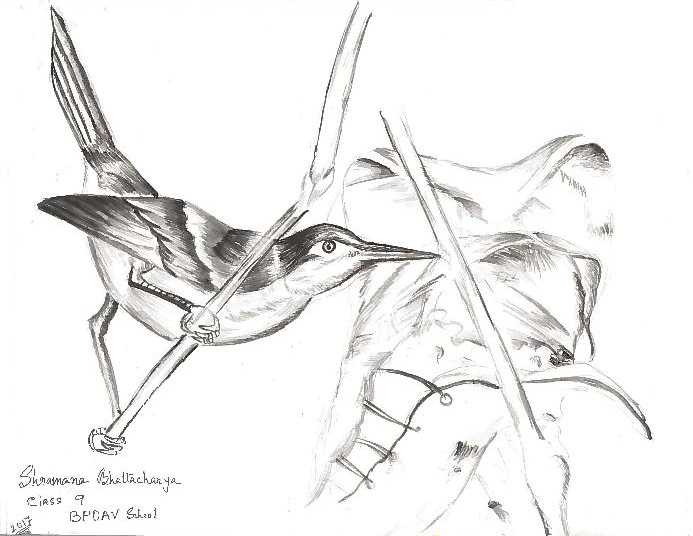 A Tailor Bird Displays The Right Attitude And Dogged Determination While Making Its Nest Successfully.

Then I thought about some eminent personalities like Albert Einstein and James Watson. Albert Einstein was dyslexic and Thomas Edison was a school dropout. But later they became world figures in their own right.

Some people with high IQ are not as successful as others, why? It is probable that they became fully content about themselves after being showered with praises from everyone. More often than not, they overstep the thin line between confidence and arrogance. It may be the combination of both!

Then I came to the end of my analysis. Even if people are smart, they should strive hard if they want to be rewarded with success. If a person finds that his / her IQ level is below normal, then they need not worry because there is no way one would not be able rise high with right attitude, courage and determination.