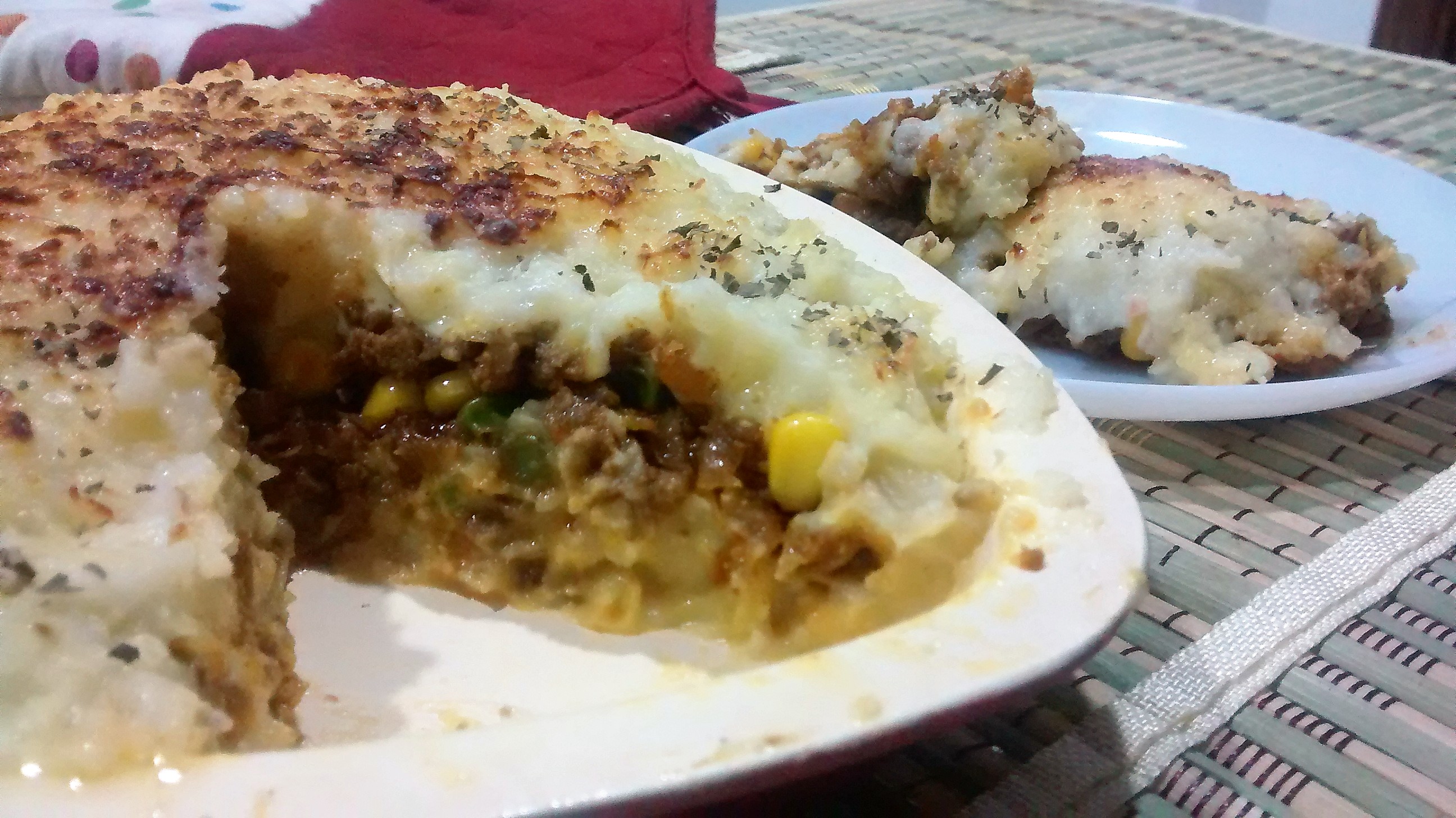 Shepherd’s Pie is basically a casserole with alternating layer of cooked meat with vegetables and mashed potatoes, and baked in an oven till the top layer of mashed potatoes is well-browned. Meat and potato compliment each other in a dish as evident from our favourite Mangsher Jhol in which the partially submerged piece of halved-potato really tastes awesome.

I first heard of this dish from one of my cousins, Tuli though I never got a chance to taste her preparation. Later on, I tweaked her recipe, adjusted some of the ingredients here and there; nevertheless if someone likes it the credit should go to her.

I prepare it with mutton. Now, here goes the recipe:

Now, peel and mash the boiled potatoes and add a cup of milk and melted butter. Add little salt to it. But be careful on the amount of salt since the butter already contains some salt.

Chef’s Tips:
Alternatively, you can make the dish with minced meat of chicken (A Poultry Pie) or fish (A Fisherman’s Pie) or even a vegetarian version with mushroom or paneer cubes but mind you it would no longer be Shepherd’s Pie but a Farmer’s Pie!